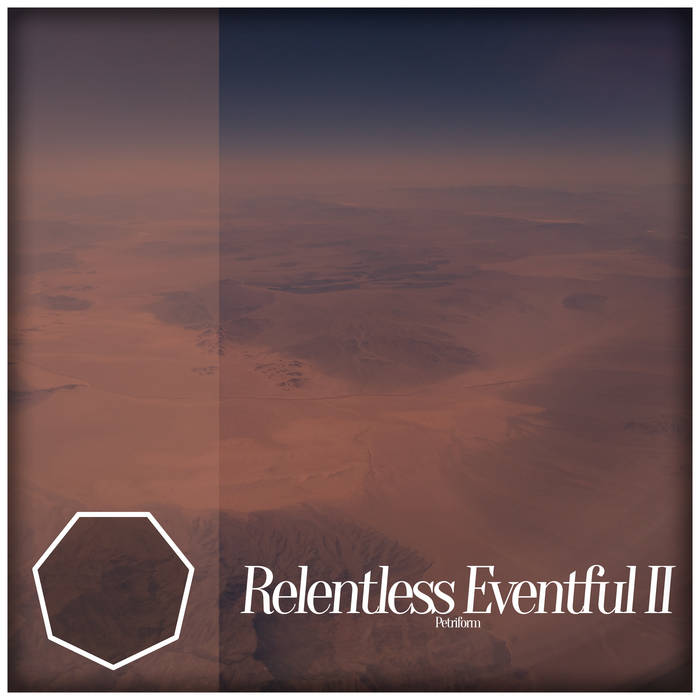 SHURICOON Relentless Eventful is likely my favorite Petriform album, so I'm pleased to hear a follow up. However, I wish it were more true to the instrumental nature of the original. I've grown weary of the vocals used in more recent albums. Nevertheless, I support Petriform and look forward to hearing where he goes next. Favorite track: Sunset FM.

it isn't fair to say that my life has been disappointingly uneventful and woefully relenting in the ten years since i released "relentless eventful." a lot of really cool shit has happened, and a lot of terrible horseshit has happened, too. i'm a better producer in 2022 than i was in 2012, but not ten years better - and i've been having kind of a hard time with that. well, hey; that's on me. whatever. i made the choices i did for a reason. but i waded through the shitshow of the past ten years with it in the back of my mind that i needed to, eventually, follow "relentless eventful" up bigger and better. hmm. well, it's not the hour-long epic that its predecessor was (it's close!), but the only thing that matters to me now is that i've followed it up at all. i look forward to releasing something in the future for which the latter part of that last sentence doesn't apply.

things were different when i released "relentless eventful" in 2012. i'd yet to play my first show as petriform (that'd come a little under a year later). when i started performing as petriform, songs from "relentless eventful" were naturally in heavy rotation - i loved playing "petrol lounge" and "what it wouldn't take" in particular. but the chiptunes i performed starting getting more attention, and i ended up leaning into that almost exclusively. fine by me - i've learned that i'm a better songwriter than a producer, and working within the confines of chiptune has allowed me to blossom as a songwriter independently of my skills as a producer, which i've neglected, for better or worse. in the meantime, tons of my peers have stuck with it and achieved the kinds of milestones that i got into making music to achieve but which still elude me. make no mistake - i'm glad as hell to see people succeed, i cherish my own unique accomplishments, grass is greener, comparison is the thief of joy, etc... but i can't help but wonder what, if anything, would have been different if i'd done This instead of That and so on and so forth.

given that it took me a decade to weave this all together as opposed to the two-year gap between "exposition" (2010) and the original "relentless eventful" (2012), it's fairly safe to say that i will probably not be releasing anything like this again for a long time. younger me would be aghast; this was more or less all he had. present me has a bit more going on, thankfully. please appreciate this for what it is presently (be kind to those first few songs - they're almost a decade old!), and what it is in relation to its predecessors, because it really could be that there's not very much more of it in me for A While™.

more than anything, shouts out if you were around for the original "relentless eventful" and are still around for the follow-up. i see you and appreciate you. your support is why i still do this. here's to whatever comes next - i have an idea or two...