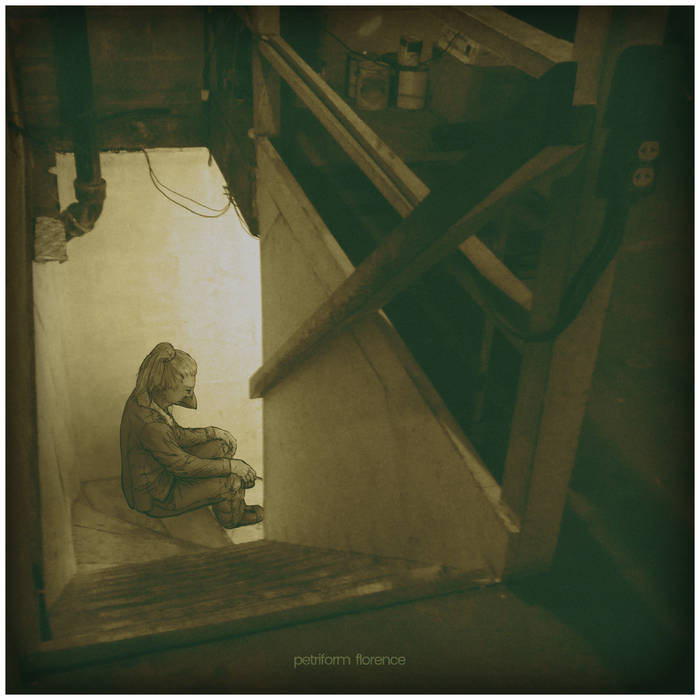 Amethyst When I first heard this album I knew it was something I'd wanted for a LONG time, I'm extremely happy it exists and fuckin rules. I think my favourite song changes every time I listen to it 'cause the whole album's incredibly my thing. Favorite track: a dagger shone faintly.

WheatleyMF Quite dark, but full of powerful and unique chiptune metal sound. If you were looking for an exceptionally well-executed chiptune, you have found a right album. Probably Petriform's finest work so far.

It's hard to point out which track is the best one, 'known peace' and 'a dagger shone faintly' for sure, it's up to you. Favorite track: known peace.

(be warned: this album conceptually alludes to sensitive subjects such as trauma related to medical settings, self-harm, death, suicide, and voluntary euthanasia.)

if this turns out to be my magnum opus i'm gonna be pissed!

it was meant to be both less than this and more than this. "florence" was originally conceptualized in 2014 as the back half of a double EP - the first half being a project i intended to call "don't worry, you're great!" of course, as time went on, that half outgrew its scope, monopolized my focus, and became a full-fledged album. "florence," then, was left lingering -- maybe for the better at that time.

but then 2016 happened, and suddenly the lens zoomed way the hell out from all of that. and 2020 happened after that. do you believe me when i say i wrote "vector control," lyrics and all, _at minimum_ four years before the pandemic? i understand if you don't. that's why i've long wanted to be done with this project - the world in which "florence" was envisioned and contextulized has been so thoroughly jettisoned into deep space by the exponentially more hellish reality of the world that really came to be that i can't justify or explain it in a way that makes sense or matters.

so i gave up. as a concept, "florence" has been dead on arrival for the better part of five years.

but damn it, the songs themselves are still good! they deserve to be heard, and i deserve to shed them from my backlog after all these years.

there's not a lot of "good" in "florence." it is a dull litany of sharp tragedies. in expressing the concept, i don't think i did a great job. things aren't always clear, and more room for interpretation remains than i'd like (and i intended to leave a lot of it). there will forever be a disconnect between me having lived the experiences that planted the seeds of the concept in my mind and having my emotional maturity in scoring it lag six or seven years behind its completion.